The percentage of abnormal findings in CT scans given to people who went to the ER after fainting or nearly fainting. Experts suggest that scans only be given to older people, those who’ve had a recent head injury or those with a focal neurological deficit. —University of Hawaii If you’re one of the 36 million Americans who have tinnitus, an intermittent ringing in the ears, there’s a treatment that has shown promise. In one study, sessions of transcranial magnetic stimulation (TMS) for 10 days helped people get relief for six months. —JAMA The percentage of improvement in memory after study subjects played video games with complex spatial environments, such as those in Super Mario 3D World, for 30 minutes daily for two weeks. —Journal of Neuroscience Daily brisk walking and other moderate-intensity exercise helps the immune system fight respiratory viruses. How much is enough? Experts suggest at least 20 minutes per day. —Exercise and Sport Sciences Reviews

Turn Down the Heat Study subjects who held a cold object did better on a self-control test than those holding a warm one. Researchers posit that cold temperatures may be linked to alertness. —Psychological Research Salty food makes you hungrier, according to a recent study. To keep appetite (not to mention blood pressure) in check, stick to consuming 1,500 mg. of sodium daily. That’s equal to two-thirds of a teaspoon. —The Journal of Clinical Investigation

An Aspirin a Day—or Not A recent study that tracked subjects 45 years and older for three years found that those who’d never had a heart attack got no benefit from daily aspirin. Moreover, regular aspirin use can raise your risk of bleeding in the stomach and brain. Check with your doctor. —Clinical Cardiology — People who slept fewer than six hours per night were 4.2 times more likely to catch a cold than those who slept a full night. —Sleep The percentage of people with seasonal allergies who find relief with allergy shots. —American College of Allergy, Asthma & Immunology 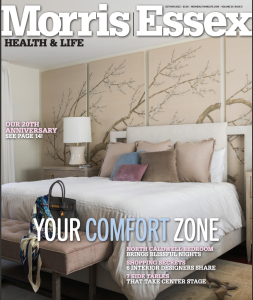