Looking forward to a day off from school or work on Feb. 20? We welcome Presidents’ Day every year, but don’t forget to celebrate our past commanders in chief for their service. Test your knowledge of some U.S. presidents who visited and made their marks in Morris and Essex counties. Stephen Grover Cleveland, the country’s 22nd and 24th president, was born in Caldwell in 1837. Newark hosted Abraham Lincoln twice—first in 1861 when he, as President-elect, stopped there on his way to Washington for his inauguration. In 1865, thousands were in tears when Lincoln’s remains were brought to the city days after the president was assassinated. His body was en route to Illinois for burial. George H. W. Bush made several stops in Newark, including a 1992 appearance at Lincoln Technical Institute where he met and spoke with students Montclair has been a destination for several presidents-turnedauthors and those on the campaign trail. Bill Clinton stopped by in 2007 to promote his book and support his wife during her first run for POTUS. 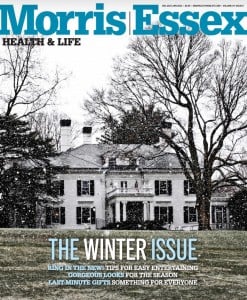