If we were to crown a “coastal queen” of Monmouth County, it could be Nicole Rice. She owns the home décor store Coastal Décor & Interior Design in Fair Haven, and prior to returning to her roots in New Jersey, she spent a decade as a model-home designer on the California coast. So when the clients of a Long Branch home walked into the shop seeking a beach-inspired yet not over-the-top Shore vibe for their living room, Rice knew she could make it happen.

This family room is part of an open concept first floor. It gets lots of natural light from four large windows and a sliding-glass door that leads out to the deck.

The homeowners moved to their home along the beach in Long Branch a few years ago after their kids moved out of their house in Colts Neck. They wanted to retire their old, traditional furniture and enliven the new residence with a fresher, airier feel. “They asked for an upgrade from what they had and a casual space that could entertain, since they have grown children and a grandchild who visit,” Rice recalls. “The daughters bring their dogs too.”

That inspired Rice to choose a large navy blue sectional—“you can have a party of 20 in here,” she says—in a performance fabric that can stand up to kids, pets and the summer sun. Instead of “random upholstered chairs,” Rice chose a duo of organic-inspired string chairs made from actual rope, which she says “stand out and are beautiful. They really draw the eye in.” 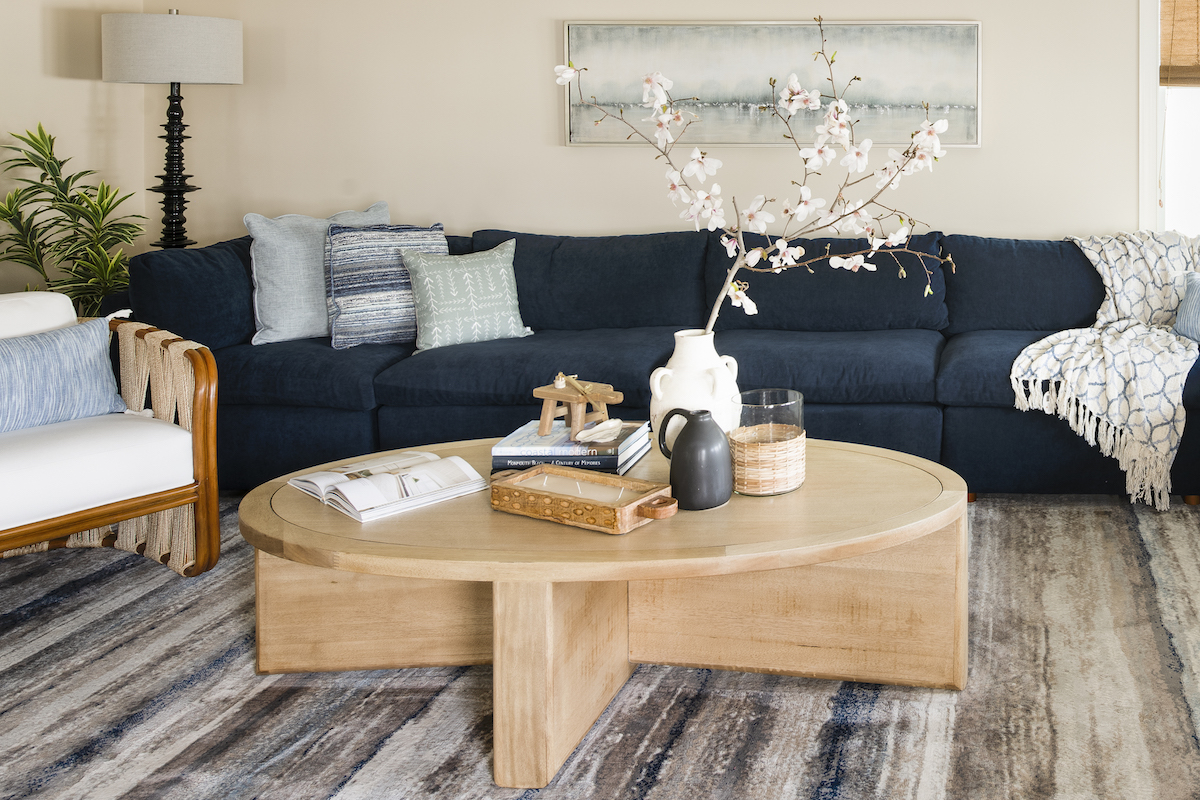 The homeowner requested a blue sofa. This one, made of a performance fabric, can entertain a crowd and withstand kids, pets and sunshine.

Organic and natural elements are seen throughout the space, in fact; the woven shades and light fixture ground the room, Rice says, and the wooden coffee table adds warmth. “Previously, this room was designed with blue-and-white seahorses,” Rice notes. “We did a large blue sofa but wanted to keep everything else neutral and natural to give it that coastal feel that’s not in-your-face.”

Rice furnished and accessorized this room from top to bottom with custom and off-the-rack items from her store; the only piece from the previous space that was incorporated into the new design was the gold drapery rod, which was reimagined with off-white drapes. “For some reason she didn’t want to part with it!” Rice says with a laugh.

This project is proof that the “California coastal” aesthetic doesn’t have to include coral, shells or nautical symbols. Says the designer: “It’s all about that serene, casual vibe.” 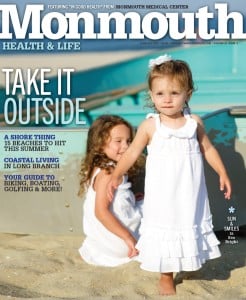