At a thoughtfully planned first birthday bash in Washington Township, a “one-derful” time was had by all.

Baby’s first-birthday party? It’s really as much a celebration for Mom and Dad’s surviving the first year as for the 12-month-old who won’t remember a thing. So, for Christine and Chris Capecci of Emerson, it was a no-brainer that they’d host a big, lavish first-birthday party for their third and final child, Celine, just as they had for her older sister and brother.

“That first year goes by so quickly, and there are so many milestones,” says mom Christine. “Throwing a big first-birthday party is like, ‘Look, we made it!’” And Christine had a vision in mind for her winter baby, who was almost born during a snowstorm: a girly winter “one-derland” theme with lots of pink, glitter and sparkles. The venue, Seasons in Washington Township, was an obvious choice, as the family had hosted their daughter Chloe’s first-birthday party there five years prior. Capecci also hired an event planner, Madeleine Ernest of Pretty Sweet Event Styling in Cresskill, to help bring her idea to life and make the afternoon affair perfect for their 80 guests—50 adults, 30 children. 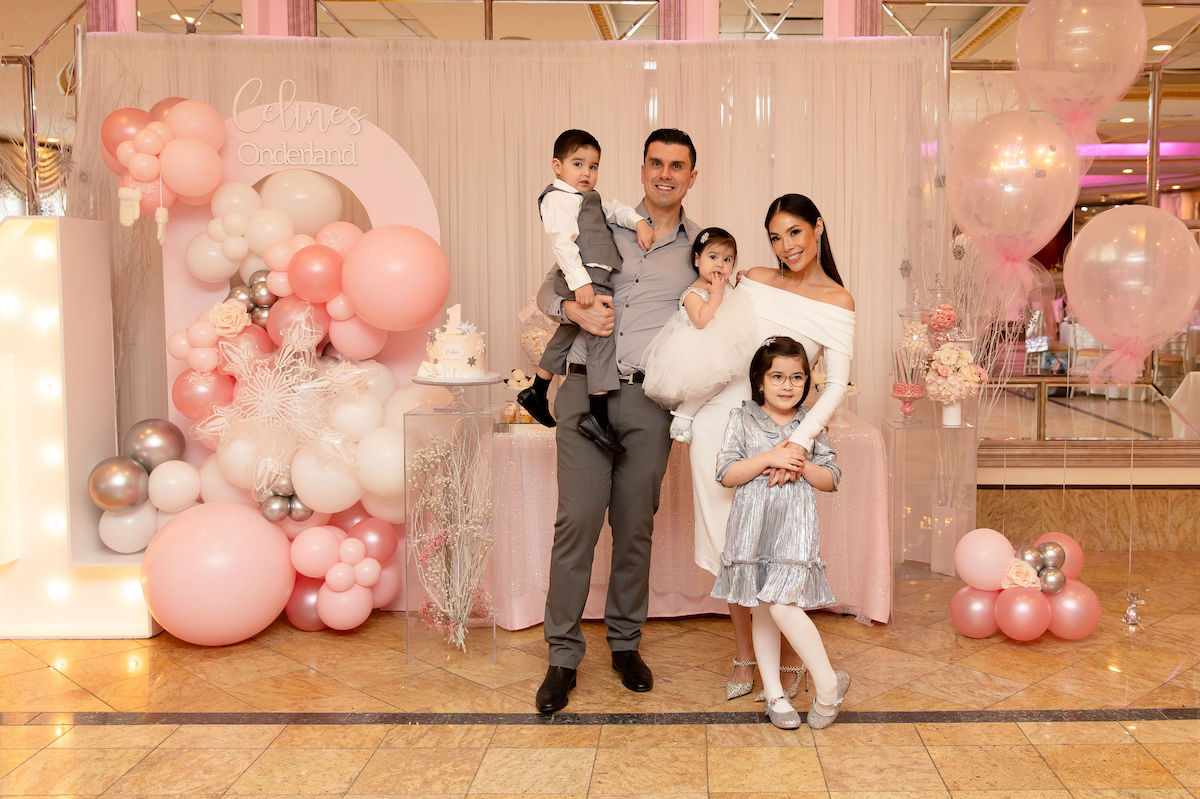 Parents Christine and Chris had also hosted big birthday celebrations when each of their older kids, Chloe and Christian, turned 1 year old. With help from her event planner, Madeleine Ernest of Cresskill, Christine achieved her “winter one-derland” vision for Celine’s big day with sparkles, snowflakes, glitter and plenty of pink. Abbott Road Designs in Wayne provided the balloons. 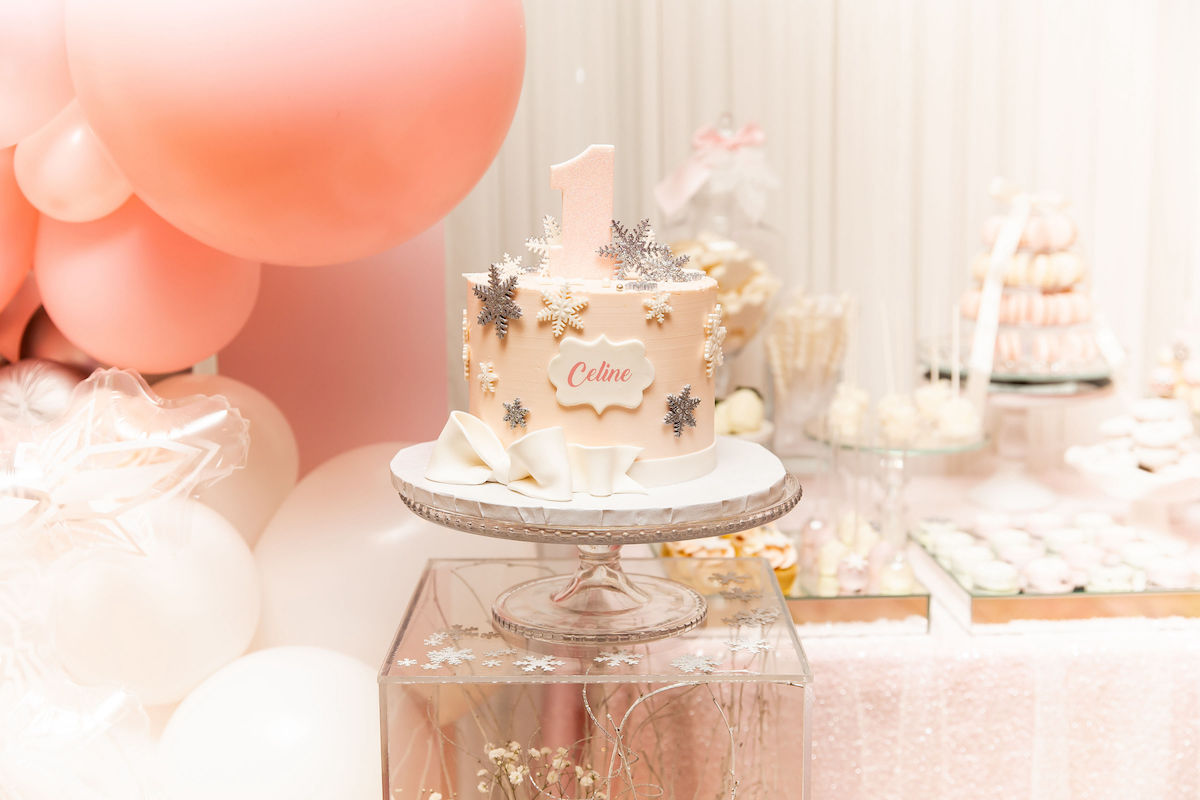 “She planned everything for me,” from the dessert spread to the centerpieces, Capecci notes. “For example, she had the idea to do centerpieces of pink and white flowers and balloons, to give it a kid approach but in an elegant way.”

The food, catered in-house by Seasons, was elegant and family friendly too, starting with an antipasto table and pass-around hors d’oeuvres such as mozzarella sticks, chicken fingers and shrimp cocktail. The main meal was a buffet with a pasta station, a carving station and hot dishes such as sausage and peppers, pan-seared salmon and, of course, chicken fingers and fries for the littlest partygoers. Party Magic entertained the kids with a magician, face painting and glitter tattoos. “We also had a cotton-candy machine from Petal & Pouf for the last hour, which gave the kids a nice little sugar high!” says Capecci.

In fact, because little girls are made of “sugar, spice and everything nice,” there was sugar aplenty. Ernest, who started her business designing candy and dessert tables, went all out with the dessert spread for Celine’s girly-girl party, which she says was “my biggest production ever.” The display featured macarons made by Shiri Netzer in Wyckoff, strawberries and marshmallows from Mindy’s Munchies in River Vale and cake and other miscellaneous treats from Keremo Cakes in Cresskill. Mom’s favorite dessert? “I loved the individually wrapped hot cocoa bombs that each guest took home as a party favor,” she says. “They were so cute and went with the theme.” 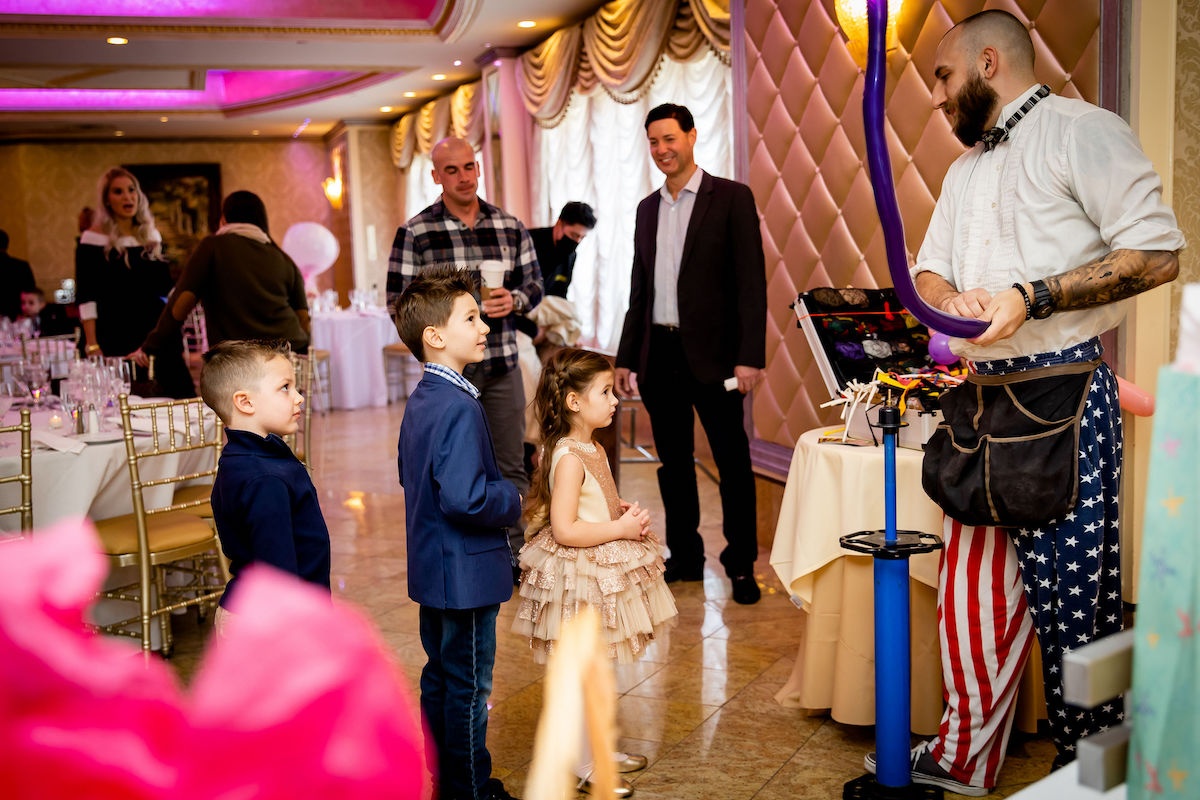 With 30 kids in attendance, entertainment, provided by Party Magic, was a must. “We also served alcohol so the adults could enjoy the party too!” jokes mom Christine. Each guest left the party with an individually wrapped hot cocoa bomb from Keremo Cakes in Cresskill. 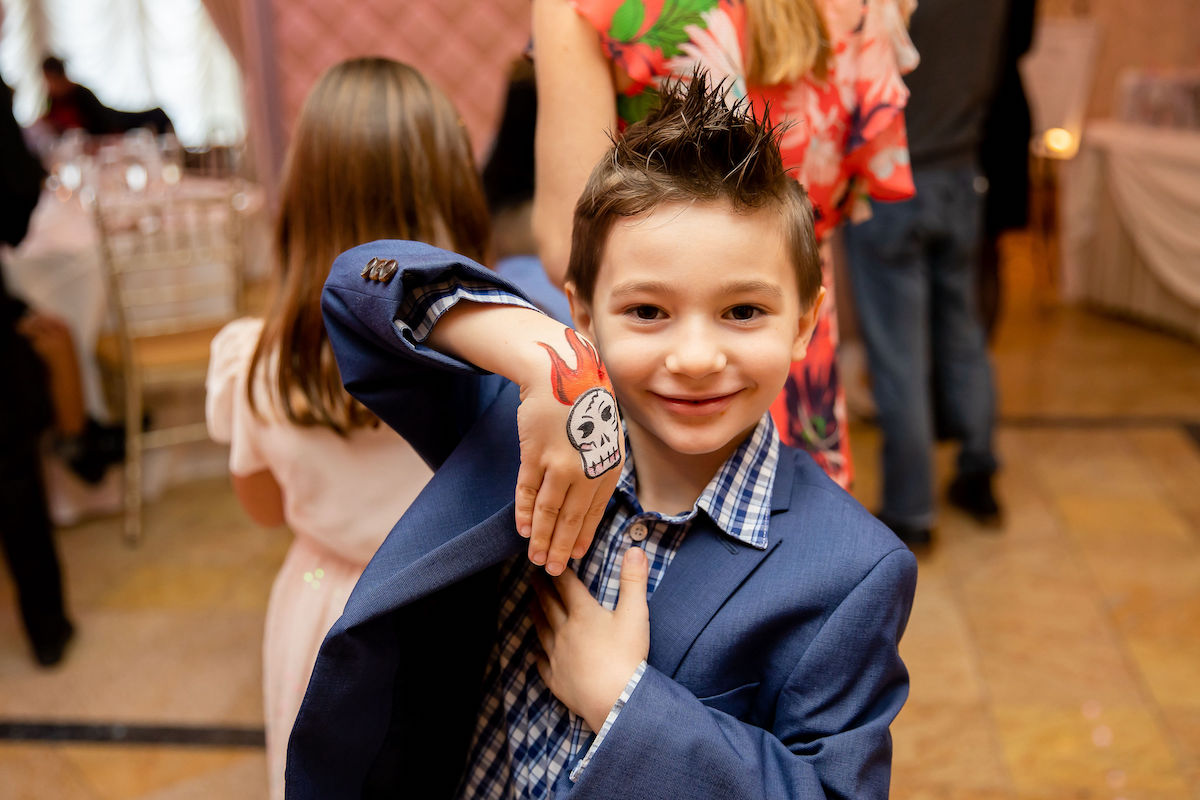 The soirée, held on Feb. 6, 2022, almost didn’t happen due to the Omicron variant— “I knew we’d regret it if we cancelled,” Mom says—but she’s thrilled it was a go. “My biggest takeaway from the party was the kids,” she says. “Seeing them smiling and laughing without masks on—that made the party for me. So many events have been taken away because of the pandemic, so you have to celebrate all the happy moments.”