Vaping: What Parents Need to Know

E-cigarettes are growing in popularity among middle and high schoolers. But people who claim they’re a safe alternative to cigarettes are blowing smoke.

As we know, smoking tobacco cigarettes can lead to a stroke, heart disease, lung cancer, emphysema and many other serious health problems. In 2003, e-cigarettes were introduced as an alternative to traditional cigarettes, and they’ve been marketed as a safer, less addictive alternative. But don’t be misled. “They do contain fewer cancer-causing chemicals” than cigarettes, says Steven Kanengiser, M.D., director of pediatric pulmonology at The Valley Hospital and Valley Medical Group. “However, the solution in the devices and vapor contains a number of harmful chemicals besides nicotine, like antifreeze, diethylene glycol and potentially cancer-causing chemicals like nitrosamines.”

E-cigarettes, electronic devices that simulate tobacco smoking, have been marketed to young people who can be strongly influenced by peer pressure—and they’re sold in various flavors that appeal to children and teens. And the prevalence of vaping amongst teens has been rising. In fact, in 2019, more than 5.2 million young people in the United States reported that they currently vaped, including one in four high school students and one out of every 10 middle school students, Dr. Kanengiser says.

Just like smoking cigarettes, vaping is dangerous, especially for adolescents, whose brains continue to develop until their mid-20s. “Using nicotine in adolescence can harm parts of the brain that control attention, learning, mood and impulse control,” the doctor says. Teens can also suffer from acute respiratory distress related to lung injuries from vaping; The Valley Hospital admitted a teen with vaping-related respiratory distress in October 2020.

E-cigarettes also can be a gateway drug. “In one study, teens who vaped were up to seven times more likely to smoke traditional cigarettes later on,” reports Dr. Kanengiser. “Vaping is not a safe alternative to cigarette smoking.”

So, once parents are armed with the truth about vaping, how can they speak to their kids about its dangers? “The most important thing parents can do is lead by example,” Dr. Kanengiser says. “Children whose parents or caregivers do not smoke or have successfully quit smoking are much less likely to take up smoking.” (Because vaping is a more recent phenomenon, long-term health risks aren’t yet as well-known). How a mom, dad or guardian speaks to his or her child about e-cigarettes depends on the child’s age, but little ones can understand messages about the dangers of tobacco use by age 5; parents’ conversations with older kids who may be focused on what their friends are doing should correct any misperceptions about the frequency of smoking among peers, as most children think smoking and vaping is more widespread than it is, the doctor notes. The United States Surgeon General also has a helpful guide for parents at e-cigarettes.surgeongeneral.gov. Says Dr. Kanengiser: “All tobacco products are addictive and harmful.” Clear?

When it comes to smoking cigarettes, the opposite of the old adage is true: Quitters always win. If you want to quit smoking—either for your sake or for your children’s—and make it stick, keep these simple but powerful tips in mind:

Bottom line? Don’t make the current pandemic or anything else your excuse for prolonging your self-destruction. For more help in quitting, dial the state’s toll-free helpline, 866.NJ.STOPS (or 866.657.8677). 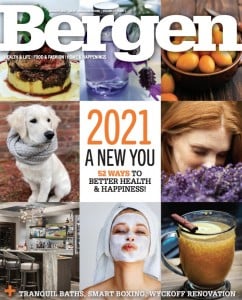