Wedding — Plus A Secret Revealed

Intimate nuptials for a Waldwick couple doubled as a surprise gender announcement for the baby they were expecting.

It was a small, intimate, low-key wedding, just as the bride and groom wanted. But the nuptials of Jenna Cunningham and Bryan Scott this past October did have one larger-than-life surprise for the 80 guests: a gender reveal for the Waldwick couple’s first child together.

Jenna was just entering her second trimester, so the timing was perfect to announce the sex of the baby at their reception. Everyone knew she was pregnant, but only a select few family and friends were privy to the plan. “It was probably the best way we could’ve done it, surrounded by all of our favorite people,” she told BERGEN a few weeks before her April due date. “And the reaction in the whole room when the pink confetti popped out was so fun.” 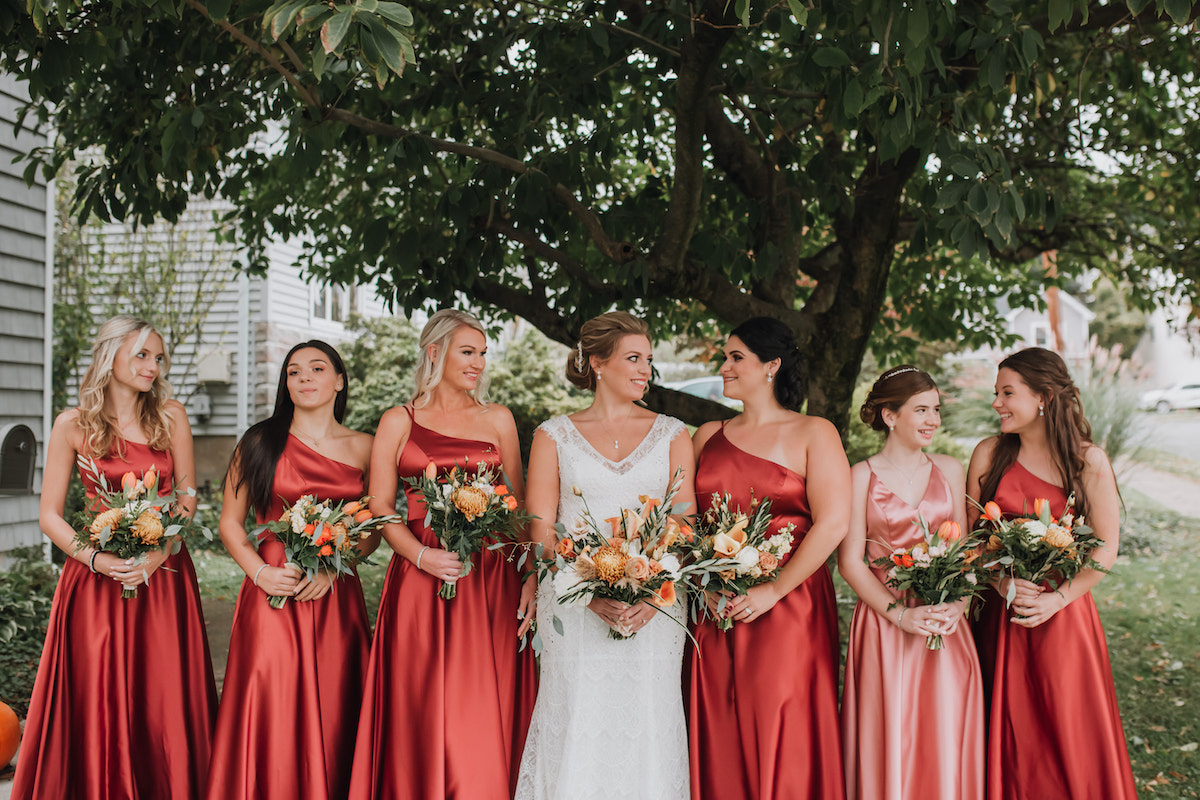 The Scotts’ October wedding decor matched the time of year, with a color palette of orange, maroon, green and white. The two-tier cake was made by The Market Basket in Franklin Lakes, while The Park West Tavern provided the rest of the party’s food and drink. DJs from Elite Rhythms Entertainment in Woodland Park kept guests partying all evening.

The wedding was held at The Park West Tavern in Ridgewood, which the couple chose for its “elegant and beautiful” interior. The brick wall, with its big clock and fireplace, sealed the deal, both serving as the backdrop for the ceremony and inspiring the autumnal décor. Orange, white and green florals by Irene Gienko Design in Harrison, as well as rustic red bridesmaids’ gowns from David’s Bridal, corresponded well with the seasonal theme too.

Abby, 11, and 9-year-old James, the groom’s children from his previous marriage, served as junior bridesmaid and junior groomsman, respectively. And after the bride and groom’s first dance and their dances with their parents, Jenna danced with both Abby and James to “Step by Step” by Brandon Davis, a song she said was “fitting to the situation” as she ushered in her new era as a stepmom. 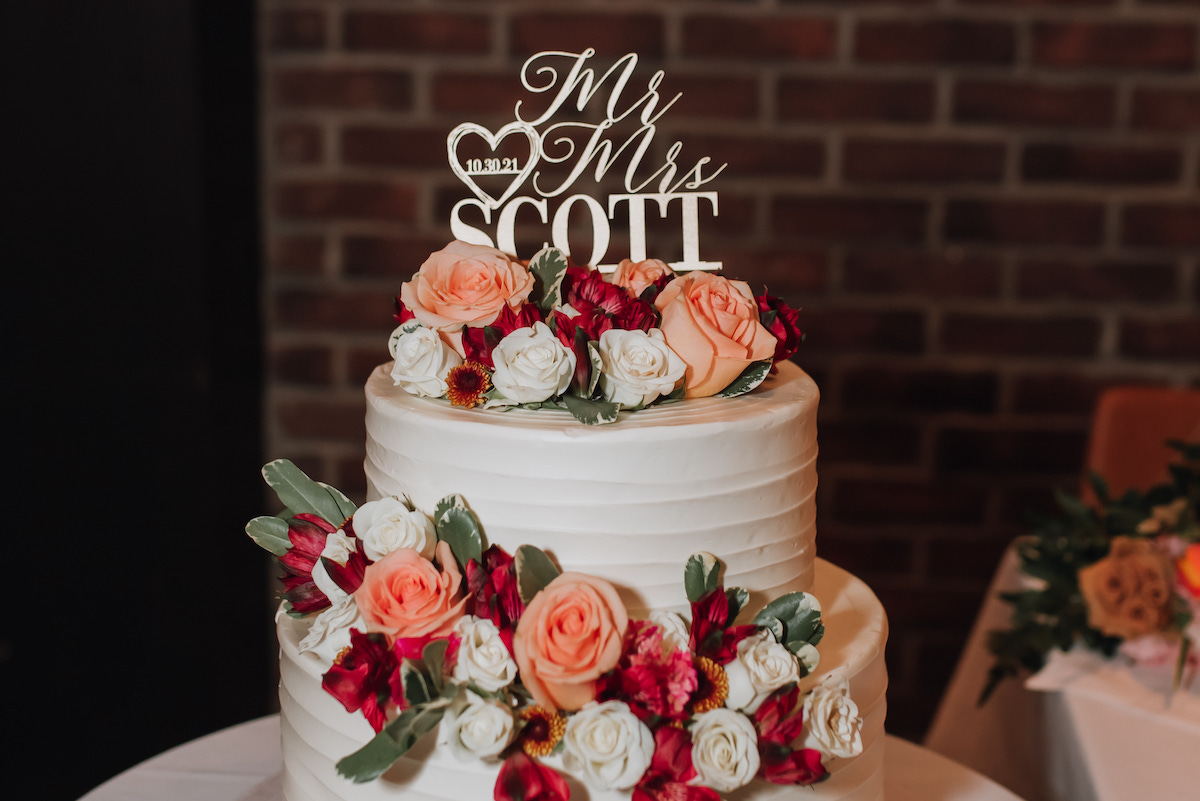 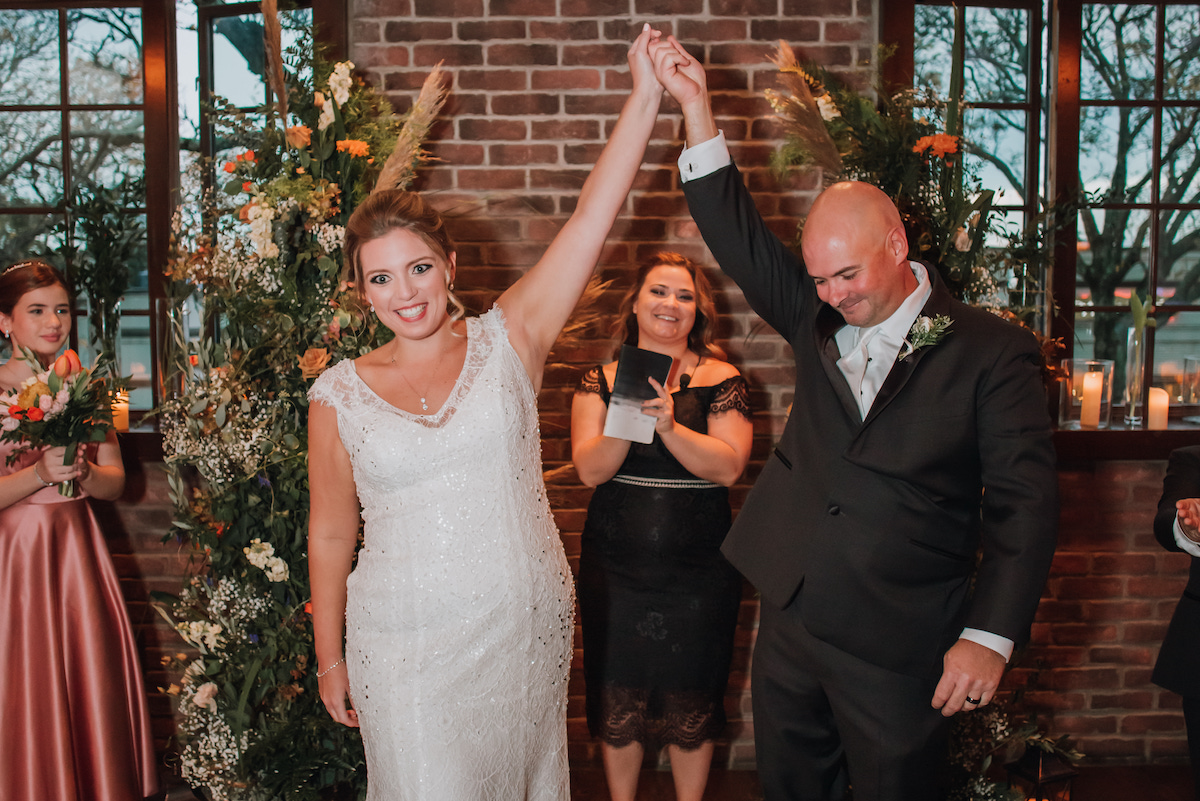 Despite some early pregnancy sickness, Jenna says the wedding planning was easy overall and very low-stress. Her pregnancy and symptoms may, she jokes, “have added to the fact that I threw my hands up and let it happen.”

Says the bride and mom-to-be: “The food was great, the photographer was on her ‘A’ game, and everything was perfect.” 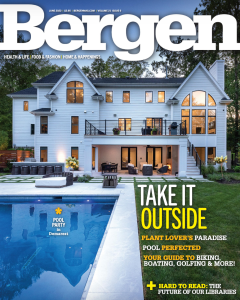